A Collection of Beatles Oldies

To begin with, this 1966 album, “A Collection of Beatles Oldies”, gave the Fab Four a little respite. In other words, it acted as a stop-gap between the albums, “Revolver” and “Sgt Pepper’s Lonely Hearts Club Band“. EMI also needed to satisfy a demand for a release during the Christmas period. As the name suggests, this album is basically a collection of their greatest hits and other songs from 1963 to 1966.

The album has the title “A Collection of Beatles Oldies”, however it also says on the back of the album sleeve, But Goldies! Indeed, the rear cover shows an image of The Beatles chilling out in Japan taken by photographer, Robert Whitaker. The “But Goldies” stamp is large but doesn’t spoil things. Then there is the track listing and a few other bits of information.

A Collection of Beatles Oldies 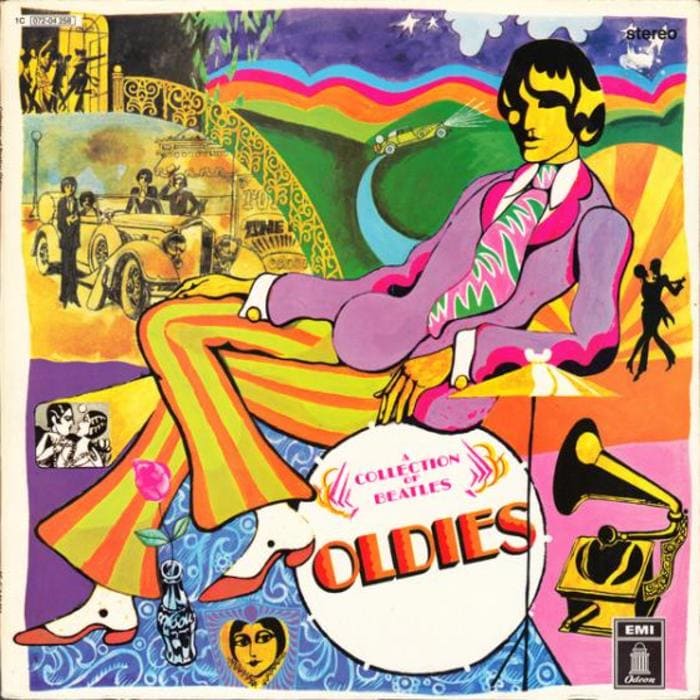 A Collection Of Beatles Oldies (1966) 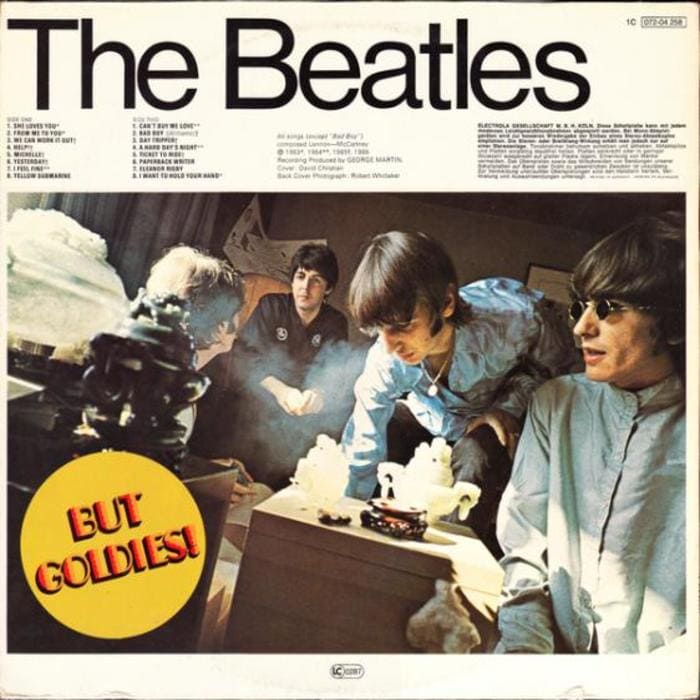 The Beatles’ manager, Brian Epstein commissioned the cover art which combines contemporary psychedelic and op-art of course. It captures the psychedelic era perfectly but the small “background” images add an extra dimension. The painting itself is by artist David Christian who beautifully captured the vibrant colours of the Carnaby Street fashion boutiques in London.

The rear image of The Beatles allowed conspiracy theorists to come to the conclusion that Paul McCartney had a replacement. This was of course in response to the “Paul is Dead” theory at the time. So, here we had Paul McCartney in the distance with smoke all around him and he wore black clothing. Of course, the conspiracy theorists got it all wrong!

A Collection of Beatles Oldies contained eight tracks not previously available on LP. Moreover, the album included a previously unreleased song, “Bad Boy”. So, fans needed this album to compliment their collections. However, since then, that song is available on the 1988 album, “Past Masters“.

The rear cover also gave inspiration and influence to the band “Oasis” for their Definitely Maybe album.

Although The Beatles packed this album with many great songs, it only managed to get to number 7 in the UK. Maybe everyone had already got hold of the tracks on the “A Collection of Beatles Oldies” album. But, the album did return to the charts briefly on a few occasions in the early 1970’s. All in all though, at the time, this was great value for the money.