In the 1980’s, there was a rush to get albums in CD format on to the market from all artists. Of course, this applied to albums by The Beatles too. The “Past Masters” Series is a double album collection which came about through the release of The Beatles’ back catalogue.

Indeed, this was no ordinary album. This is because it contains the songs that were not available on the original 12 Beatles’ studio albums in the UK. During the 1960’s it was customary to release individual singles that were not available on the albums. After all, the buying public didn’t really need duplicates. For example, “Yes It Is” was a B-side, that up until now, was not on a UK album.

So, the “Past Masters” has some classic Beatles’ hits together with some B-sides and other rarities. Obviously, the inclusion of 2 German-language tracks shows that their roots mean a lot. There is also a song which they recorded specifically for the American market too – “Bad Boy”. 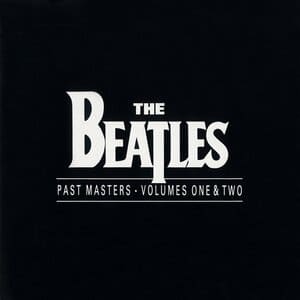 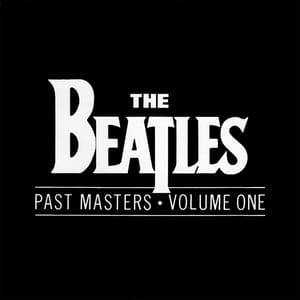 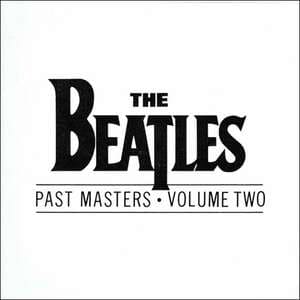 The “Past Masters” albums obviously reflect the black and white era of the 1960’s perfectly. They are simplistic in their design of course and they get the message over. But, they are a bit bland and perhaps could have had a picture or two of the Fab Four. Be that as it may, they are what they are. However, there are many images in the booklet that comes with the album.

On the 12th November 2012, they released a remastered-for-vinyl version of the “Past Masters” double LP set.

** Still only available as part of this box set.

The “Past Masters” also has a version called the “Mono Masters”. Obviously, as the title suggests, they are all mono recordings. Indeed, to qualify for this album, tracks had to be recorded and prepared for a true dedicated mono mix. Of course, those tracks which were only available in stereo are not on this album.

Also, this album excludes those tracks where the mono versions of their stereo counterparts were simply an equal mix down to form a mono track. In other words, only those recorded in a true mono sound are on this album. 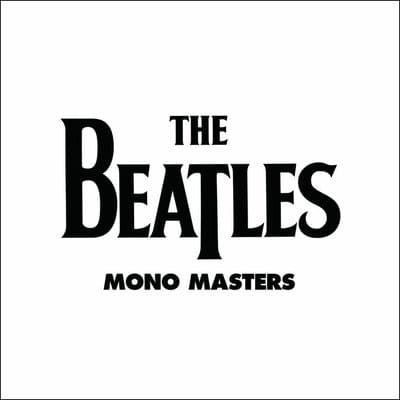 These mono tracks are, “Only a Northern Song”, “All Together Now”, “Hey Bulldog”, “It’s All Too Much” and “Across the Universe”. Although “Get Back” was a stereo release in America, it was only a mono release in the UK. Therefore its inclusion on the “Mono Masters” is justified.

All in all, the Mono Masters stands true to its intentions. So, those who need this album for their collections of mono recordings can obtain it in good faith.

All the tracks on the “Past Masters” come from the period between 4 September, 1962 and 4 January, 1970 while The Beatles were together as a band. So, they include songs from their Beatlemania days right through to the psychedelic era.

As previously stated, they are a collection of songs that were never on the original 12 Beatles albums in the UK. Therefore, these “Past Masters” albums would compliment those who only have the albums.

In the UK, Australia and various European countries, the “Past Masters” reached the top 40 in the album charts. However, their sales in the box sets don’t count. Also, neither do the Mono Masters. The American market for these recordings are slightly different of course. Although the “Past Masters” Volumes One & Two did reach the Billboard 200.