The song “All You Need Is Love” came about because The Beatles were to be a part of the world’s first live international television show –  ‘Our World’. The live broadcast was from an idea by the BBC’s, Aubrey Singer. It took a further 10 months to plan. Then, on the 25th June, 1967, the show broadcast live to between 400 and 700 million people.

The show became available to 24 countries of which 14 participated. This was from the UK to Australia and Japan to the USA – a truly global audience. But the Eastern Bloc pulled out in protest to the west’s involvement in the six-day war in the Middle East.

This was needless because the ground rules were that the broadcast was to be non-political. Each of the participating countries had their piece in the two and a half hour show of course. However, the highlight of the show is the part involving The Beatles. They closed the programme with their song ‘All You Need Is Love’. 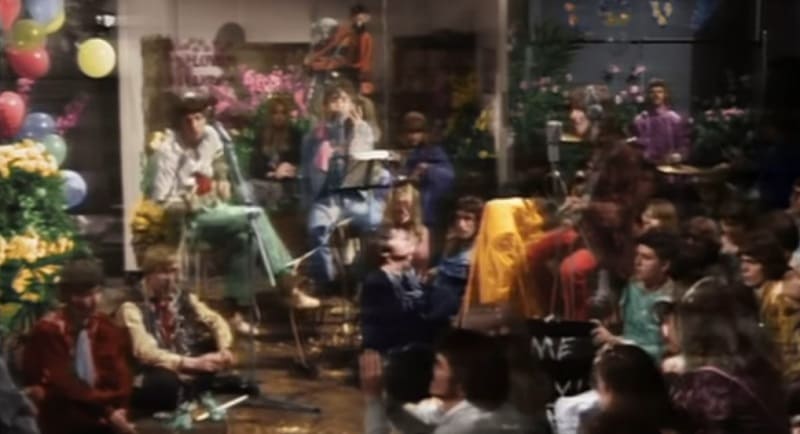 The Beatles sing live on ‘Our World’ international television show

With the Vietnam war raging, The Beatles complied with a request from the organisers to create a song with a positive message. Of course they did this with style as the message is one of peace and love. However, according to conflicting messages in The Beatles Anthology we may never know if the song was specifically for the show. While Ringo Starr and George Martin say it was, Paul McCartney and George Harrison say they are unsure.

Indeed, Paul says it could have just been one of John Lennon‘s songs coming their way! But, there is no doubt that it suited the show and has since become legendary.

The world was an unstable place in the sixties. So what better than to have a band that can unite people. The Beatles were certainly one of those bands. Indeed, their ability to adapt was a trademark of theirs. In 1967, the Summer of Love era was in full swing and flower power was the slogan of the day.

The Beatles had become the biggest sensation in the world of music and many of their songs suited that era. With this in mind, ‘All You Need Is Love’ came along which became one of the anthems of that period in time. So, not only did The Beatles shine on the ‘Our World’ programme with this song, but it became significant for the ‘Make Love Not War’ period as well.

When it was the UK’s turn to participate in ‘Our World’, the cameras switched to the EMI Studios to see The Beatles perform. However, this happened 40 seconds earlier than planned at 8:54 pm London time. But it caught George Martin and Geoff Emerick out. They had to quickly hide their whisky bottle and glasses which they had to calm their nerves.

In the broadcast, the arrangement was that of a communal area. The Beatles on high stools except for Ringo who was at his drums of course. The invited guests, including Mick Jagger and Eric Clapton, sat on the floor surrounding them. Then there was the 13 piece orchestra providing the musical accompaniment.

The world watched an historic moment indeed. Moreover, The Beatles was the icing on the cake. 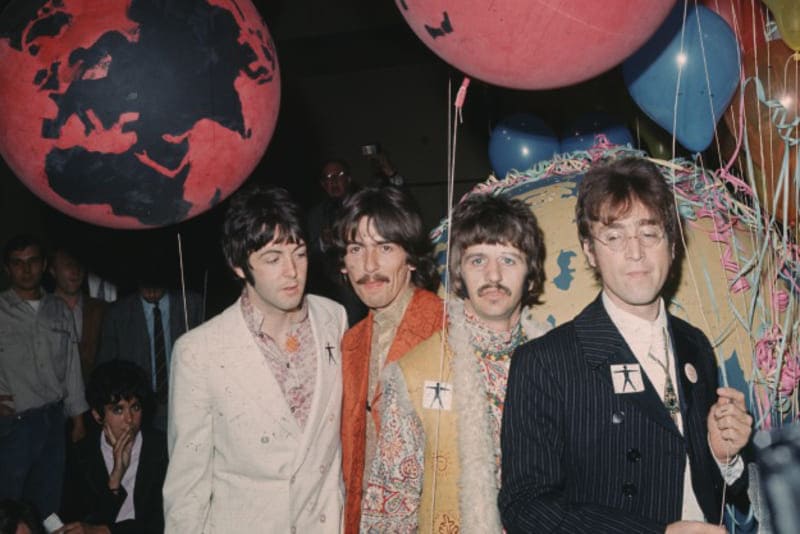