To begin with, this July sees the 50th anniversary of the landmark ‘Yellow Submarine film’ – check that out here. Of course, in 1968, the film saw Beatles characters become part of an epic cartoon film. Obviously we had the usual Fab Four humour and their classic music. However, now we are in for a treat with the prospect of a Yellow Submarine Anniversary Single Picture Disc.

In short, the release will see the 1966 double A-side single become available yet again. Then, the single was a number one record around the world with the flip side being ‘Eleanor Rigby‘. This limited edition picture disc will sell like hot cakes, so make sure you get yours asap.

Not only that but keep your eyes open for other memorabilia becoming available too. Although these are current, they will become collectable items without doubt. 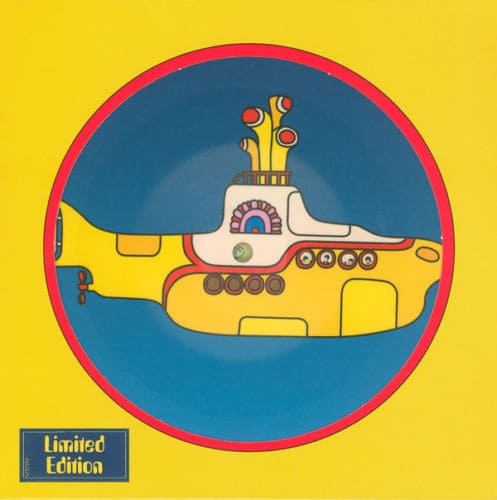 Even though The Beatles broke up many decades ago, we still love the Fab Four. This is because the Liverpool moptops are modern-day legends. Indeed, their music legacy matches any of the classical performers past or present. In fact, many people say that The Beatles are the best ever music artists.

We have the Cavern Club here in appreciation of the mighty musical moptops from Merseyside. You can comment on any of the articles here, of course. However, we also have the biggest and best Beatles Forum online. So, why not come over, you are welcome to join us any time.