In short, The Beatles starred in five ‘films’. Of course, the two main films were, A Hard Day’s Night and Help! These two movies offer both Fab Four humour together with their musical talent. Then we have the Magical Mystery Tour which many people dismiss and for good reason too.

The Yellow Submarine film portrays The Fab Four as cartoon characters, of course. Then there is the Let It Be film which basically marks the end of The Beatles. We also include the Beatles’ cartoon series which was are television classics. So, click on the appropriate image to find out more information. 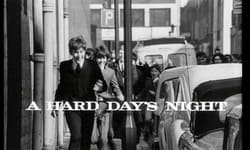 This film shows the Fab Four in glorious black and white but their music and humour shine through. This was indeed The Beatles’ first movie.

This was The Beatles’ second feature film but their first colour movie of course. Again, we get some great music & humour from the Fab Four. 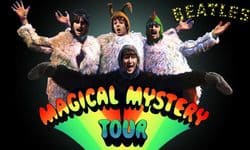 In short, the BBC screened this surreal comedy television film on Boxing Day in 1967. The Fab Four go on a mystery trip in the UK, of course. 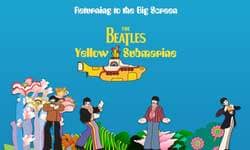 This is a colour film, however, The Beatles become cartoon characters. Be that as it may, here we get an animated musical fantasy comedy. 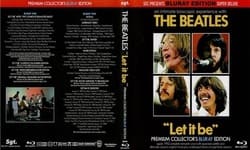 Of course, the Let It Be documentary film was the last Beatles movie. It shows the Fab Four as they rehearse in preparation for a concert. 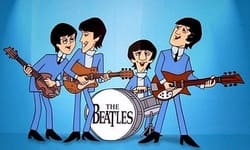 The Fab Four also ‘featured’ in 39 episodes of a television show simply called The Beatles. The animated TV show have a cult following.

You can comment on any of the films in the list above of course. Obviously if you wish us to correct anything, please don’t hesitate to contact us. We also have a massive Beatles Forum in which to join in with other Beatlemaniacs. So, please use the Fab Four message boards often and have your say!