Let It Be Film

The “Let It Be” film came to our screens in May, 1970, but by then, The Beatles had broke up. Originally, the project had the name, “Get Back”, but this eventually evolved into “Let It Be” to Paul McCartney’s dismay. The idea was simple enough, there would be much recording of the band rehearsing which would lead up to a “back to basics” concert for a live broadcast. 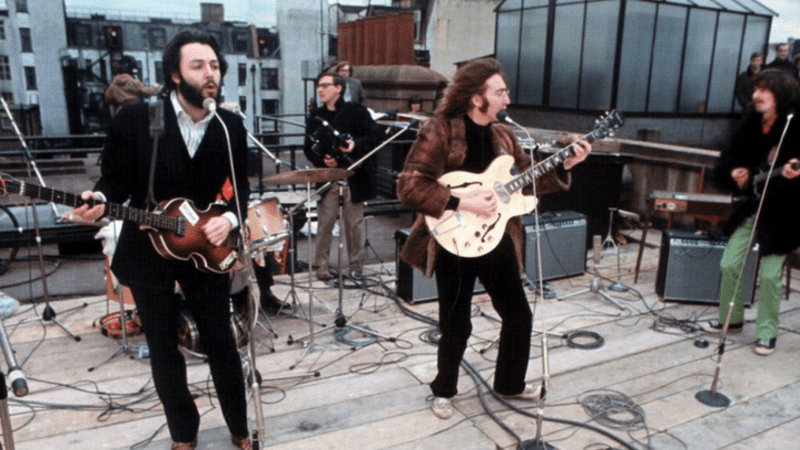 While much filming did occur, the planned concert didn’t as George Harrison wasn’t happy about the plans. However, filming did continue back at the studios where Harrison felt more comfortable. Of course, the famous rooftop concert at the studios was to be The Beatles’ last live performance. So, from all the recording at the time, a documentary type film came about.

Although the “Let It Be” film was not quite what Paul McCartney had in mind, we do get some idea as to what the intentions were at the time. Moreover, the public get their final glimpse of the Fab Four together as one unit. Albeit at a time when tensions were riding high between the band members.

Let It Be Film

After recording sessions ended for the “White Album“, Paul McCartney wanted a return to the bands roots. Indeed, he was well aware of the tense situations that the individual band members were suffering from. He was also aware of the different directions each member seem to be taking. So, he though the idea would bring them closer together again.

His idea was to show their preparations for a live broadcast of their concert and the actual gig itself. Filming started at the Twickenham Film Studios in London but George Harrison wasn’t happy with the situation. Although he insisted they return to the Apple Studios, he did allow filming to continue there. Hence the final rooftop concert which concludes the documentary film.

The unannounced Apple rooftop concert caused confusion and congestion in the streets below of course. Moreover, the police made their way up to the roof to try and stop the performance. However, by now there was enough footage and the rest is history.

The film ends fittingly with the song “Get Back” and the last words of wit come from John Lennon, “I’d like to say ‘thank you’ on behalf of the group and ourselves, and I hope we passed the audition!”

While viewing the film, there are many clues which show there are underlying tensions within the band. However, we are Beatles fans and appreciate everything this band had on offer. Indeed, what we get from this “Let It Be” film is every last possible drop from the best band that ever has been or ever will be!

The “Let It Be” film became available to buy on VHS, Betamax and LaserDisc in 1981 and videodisc in 1982 but the quality wasn’t that good with the transfer from 4:3 aspect ratio for television. However, in 1992, Apple Corps began remastering from the original 16mm footage. Indeed, there were plans to release a better quality DVD and extra material to accompany the “Let It Be… Naked” album in 2003, but this didn’t happen.

We did get an explanation from Apple Corps’ Neil Aspinall in February 2007, “The film was so controversial when it first came out. When we got halfway through restoring it, we looked at the outtakes and realised: this stuff is still controversial, it raised a lot of old issues.” 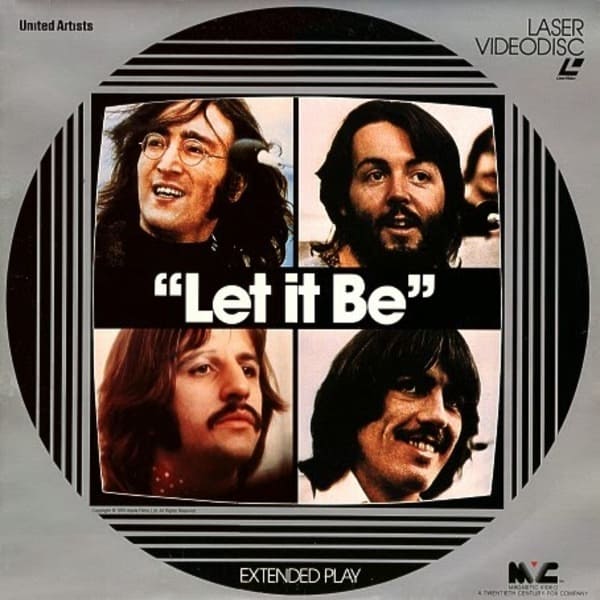 A leak from the industry in July 2008 claims that McCartney and Starr blocked the release of the film on DVD as it may have a negative affect on their “global brand”. The leak also claims “Neither Paul nor Ringo would feel comfortable publicising a film showing the Beatles getting on each other’s nerves. There’s all sorts of extra footage showing more squabbles but it’s questionable if the film will ever see a reissue during Paul and Ringo’s lifetime.”

However, we may yet see an official DVD release despite Paul McCartney saying this in 2016, “I keep bringing it up, and everyone goes, ‘Yeah, we should do that.’ The objection should be me, I don’t come off well.” But, in 2018, Paul McCartney says there will be a release of a “new version”. In 2020, we will see the 50th anniversary of the film, of course. So, what are the odds for a DVD release on that anniversary?

Let It Be Album

Obviously there was a soundtrack album to compliment the video as was the case with the previous 4 Beatles’ films. In this case though, most tracks are different performances. Also, there are many more songs/tracks in the film that are not on the album.

Since Paul McCartney was never happy with the original “Let It Be” album in which Phil Spector became the producer without his knowledge, another album came out in 2003 with the name “Let It Be… Naked“. McCartney felt that Phil Spector’s “wall of sound” didn’t represent the original “Get Back” project which was a “back to basics” idea. For example, McCartney’s “The Long And Winding Road” was a piano ballad which Phil Spector “ruined” with the addition of a full orchestral ensemble. McCartney was obviously not happy with this arrangement.

Although we will never know what the original “Get Back” project would have been like had it come to fruition like Paul McCartney wanted, at least there was enough footage and songs to give us something worth treasuring. Of course, this was to be the last we would see of The Beatles as one unit. This is because each one went their separate way after this “Let It Be” film and album.

Tracks In The Film