Some of the people behind The Beatles were very important such as Brian Epstein and George Martin. However, there are other people who worked tirelessly behind the scenes to ensure we got the best sound possible. Norman Smith was one such person and he worked on all Beatles recordings until the autumn of 1965.

Born on 22 February 1923 in Edmonton, North London, Norman “Hurricane” Smith became an RAF glider pilot during World War II. After the war, he tried to start a career as a jazz musician but his attempt was unsuccessful. However, he continued to stay within the music industry. This is because he took up the role of apprentice sound engineer at the massive EMI corporation in 1959.

“I had to start right at the bottom as a gofer, but I kept my eyes and ears open, I learned very quickly, and it wasn’t long before I got onto the mixing desk. In those days every prospective artist that came in had to have a recording test, and that’s what we started doing as engineers, because we couldn’t really cock anything up. Normally, each of the producers at EMI had their own assistants and they would be the ones to keep an eye on the potential talent, and that’s what I was doing when one day this group with funny haircuts came in.” 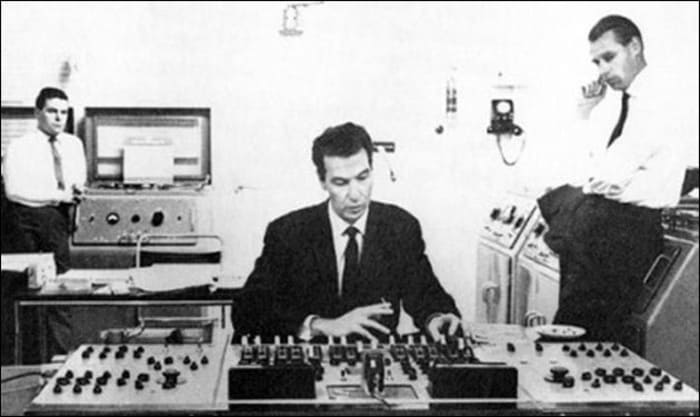 Smith soon became the balance engineer after learning the ropes quickly. By the time The Beatles first came through the doors of the Abbey Road Studios, Smith proved to be a valuable member of the sound team.

The Beatles March In

Norman Smith had no idea that The Beatles would become the best band ever when he first met them. The Fab Four were not famous and had previously been subject to rejection by a few record companies. The most famous of all those rejections was when Decca refused them a contract on 1 January 1962. Indeed, that rejection became the mother of all blunders in the recording industry. The Beatles did manage to sign a contract with EMI however, and the rest is history.

On 6 June 1962, The Beatles came into the Abbey Road Studios, London for an audition with George Martin. This was for 6 single “sides” and Norman Smith was the balance engineer on the day. In fact, he was the sound engineer on all Beatles recordings right through to their “Rubber Soul” album. This includes all the single releases too, of course. Indeed, this amounted to a total of around 100 Beatles’ recordings!

The competent sound engineer was cool, calm and collective most of the time. So much so that John Lennon gave him the nickname of “Normal”.

We all got on so well. They used to call me ‘Normal’ and, occasionally, ‘2dBs Smith’ because on a few occasions I would ask one of them to turn his guitar amplifier down a couple of decibels.

So, next time you hear an early Beatles’ tune, remember that Norman Smith possibly worked his magic on it! 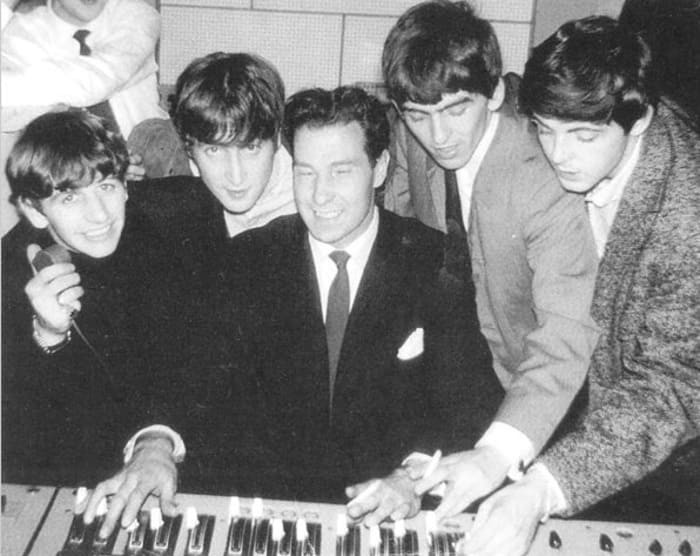 “I’d been writing songs since I was a small boy, and in 1965 I wrote one with John Lennon in mind. They were coming to the end of the Help! LP and needed one more song. George Martin and I were in the control room waiting for them to make up their minds and I said ‘I know they’ve heard all this before, but I happen to have a song in my pocket.’ George said ‘Get on the talkback and tell them.’ But I was too nervous so George called down, ‘Paul [McCartney], can you come up? Norman’s got a song for you.’ Paul looked shocked. ‘Really, Normal?’ – that was one of their nicknames for me – ‘Yes, really.’

So we went across to Studio Three and I sat at the piano and bashed the song out. He said ‘That’s really good, I can hear John singing that!’ So we got John up, he heard it, and said ‘That’s great. We’ll do it.’ Paul asked me to do a demo version, for them all to learn. Dick James, the music publisher, was there while all this was going on and before we went home that night he offered me £15,000 to buy the song outright. I couldn’t talk but I looked across to George and his eyes were flicking up towards the ceiling, meaning ‘ask for more’. So I said ‘Look, Dick, I’ll talk to you tomorrow about it.’

I did the demo but the next day The Beatles came in looking a little bit sheepish, long faces. ‘Hello, Norm.’ I thought, hmm, they’re not as excited as me, what’s wrong? Sure enough, Paul and John called me down to the studio and they said ‘Look, we definitely like your song but we’ve realised that Ringo hasn’t got a vocal on the LP, and he’s got to have one. We’ll do yours another time, eh?’ That was my £15,000 gone in a flash – by the next LP they’d progressed so much that my song was never even considered again.”

Norman Smith gained promotion due to his effort and commitment to EMI. His work with The Beatles obviously playing an important part. He became a producer at EMI and went on to produce records for Pink Floyd, The Pretty Things and Barclay James Harvest.

In the early 1970s, Norman Smith, under the pseudonym of “Hurricane Smith” became a pop star. Indeed, he had two big hit records. The first was “Don’t Let It Die” which got to number 2 in the UK charts during 1971. Then in 1972 he had a transatlantic hit with “Oh, Babe, What Would You Say?”. That reached number 1 in the US “Cash Box” charts while in the UK it got to number 4. 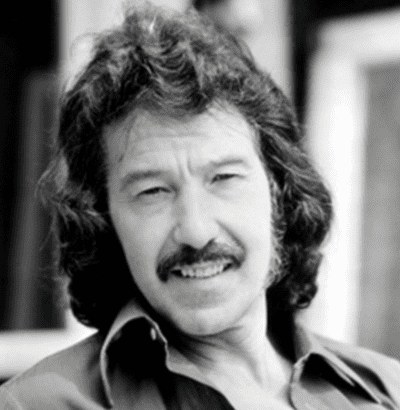 Although his early jazz dream never came to fruition, Norman Smith helped create around 100 Beatles’ songs, he became a record producer and then a pop star himself. If that isn’t a successful career, what is?

His 2007 autobiography has the title “John Lennon Called Me Normal”. The following year Norman Smith died at the age of 85 at his home in East Sussex, England.