Pete Best was the drummer with The Beatles for around two years before Ringo Starr became part of the band. Born Randolph Peter Scanland on 24 November 1941, his parents were Mona Best (born Alice Mona Shaw) and Donald Peter Scanland. However, his father died during World War II. So he took on the name Randolph Pete Best after his mother married Johnny Best in 1944.

His birthplace was Madras (now Chennai), Madras Presidency, British India. However, the family moved to Liverpool, England in 1945. After moving to a few houses, Mona won a substantial sum of money on a horse race in 1954. She then bought a large house with her winnings in 1957. On 29 August 1959, she opened the Casbah Coffee Club in the cellar of their new family home.

Later, The Quarrymen, aka The Beatles, played at this club on a few occasions. Indeed, Best played drums with with his first band, The Black Jacks at the same club.

“It was there at a gig in a club in Hayman’s Green in West Derby that I heard about another club being built at number eight Hayman’s Green. 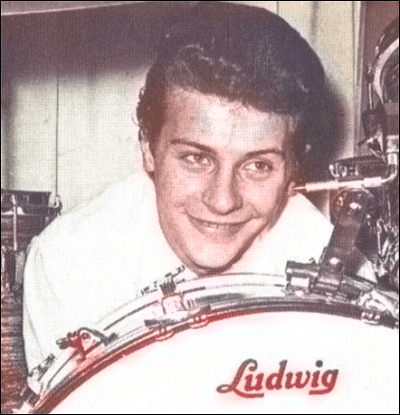 I was taken down there and I looked into the cellar that was to become the Casbah. That’s when I first met Pete Best. It was some months later that I remembered Pete and the fact that he had his own drum kit, and got him to join us so we could go to Hamburg.”

At the time, coffee bars were social places in which young people got the chance to mingle with others while seeking out entertainment. Indeed, The Quarrymen played at the Casbah Coffee Club on its opening night. In fact, they even helped out with the decoration.

“Pete Best’s mother Mona – a very nice woman, an Anglo-Indian – ran the Casbah in a part of Liverpool, West Derby. We’d started to go round there and we’d ended up painting the place.

It was great to be involved in the birth of a coffee bar – they were such important places then. The concrete and wood in the basement had been stripped and we painted each part a different colour. All of us lent a hand – John and George and all the others. And after we’d painted it up, it was our club – The Beatles used to play there. Pete had a drum kit so he would sometimes sit in with us. He was a good drummer, and when Hamburg came up he joined us. He was a very good-looking guy, and out of all the people in our group, the girls used to go for Pete.”

The Beatles were due to start their first season in Hamburg on the 13th August, 1960. The day before they began their travels, they decided that Pete Best should join the band since The Black Jacks split earlier. Best thought that this was a better option than going to the teacher training college.

His reputation from female Liverpudlians was “mean, moody, and magnificent” and Paul McCartney liked this. So, after an audition at the Jacaranda Club in front of The Beatles’ manager, Allan Williams (owner of the club), Best took on the role of Beatles’ drummer. The audition wasn’t necessary though because no other drummer wanted to go on that tour. Being shrewd, Williams said nothing just in case Best demanded more money!

The resulting concerts at the Indra Club was a relative success. But by October, the band broke their contract to perform in the Top Ten Club. Then, Paul McCartney and George Harrison were both subject to deportation orders – McCartney for setting light to a condom with the charges of attempted arson while Harrison was under the legal age to work there. 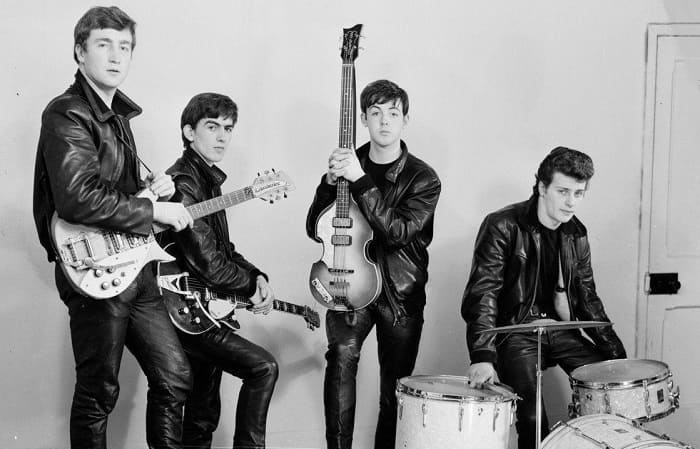 The band returned to Hamburg in 1961 and later that year and the band became backing singers to Tony Sheridan. Pete Best, together with the rest of The Beatles, also recorded a number of songs for Bert Kaempfert. Those included, “My Bonnie Lies Over the Ocean”, “The Saints”, “Why“, “Nobody’s Child“, and “Take Out Some Insurance“. The Beatles, minus Sheridan then recorded “Ain’t She Sweet” and “Beatle Bop” aka “Cry for a Shadow“.

In late 1961, The Beatles and manager, Allan Williams, parted after a disagreement.

Brian Epstein became official manager of The Beatles on the 24th of January, 1962, with that contract signed in the home of Pete Best. However, Epstein did arrange the Decca audition for the band earlier on New Years Day. Of course, Decca made one of the biggest blunders ever made by rejecting the band!

Epstein did secure a recording contract with EMI later that year when the band would team up with George Martin. Despite Pete Best having a good image at the time, the rest of the band members wanted him out for various reasons.

On the 14th of August 1962, John Lennon invited Ringo Starr to join The Beatles. So the band had a ready replacement.

“We weren’t very good at telling Pete [Best] he had to go. But when it comes down to it, how do you tell somebody? Although Pete had not been with us all that long – two years in terms of a lifetime isn’t very long – when you’re young it’s not a nice thing to be kicked out of a band and there’s no nice way of doing it. Brian Epstein was the manager so it was his job, but I don’t think he could do it very well either. But that’s the way it was and the way it is.”

Best claims that Epstein said to him, “The lads don’t want you in the group anymore”. Epstein obviously had to act for the sake of the band. However, Epstein also didn’t like Best’s refusal to adopt the mop-top-style Beatle haircut as part of their unified look.

The decision to get rid of Pete Best was far from popular. Indeed, many fans were furious and there was violence too.

“Some of the fans – a couple of them – were shouting ‘Pete is best!’ and ‘Ringo never, Pete Best forever!’, but it was a small group and we ignored it. However, after about half an hour it was getting a bit tiring so I shouted to the audience. When we stepped out of the band room into the dark tunnel, some guy nodded me one, giving me a black eye.”

Brian Epstein also hired a bodyguard after various threats circulated and at one point protestors deflated his car tyres. Although Ringo Starr proved to be a good drummer, the arguments about the sacking of Pete Best continued for decades.

Lennon was never one to hold back with his views on matters:

“By then we were pretty sick of Pete Best too because he was lousy drummer, you know, he never improved…there was always this myth being built up over the years that he was great and Paul was jealous of him because he was pretty and all that crap you know.

And the reason he got in the group in the first place was because that the only way we could get to Hamburg we had to have a drummer and we just heard that this guy, we knew of this guy living at his mother’s house that had a club in it and had a drum kit and we just grabbed him auditioned and if he could keep one beat going for long enough we took him to Germany.

And we were always going to dump him when we could find a decent drummer you know. But the time we all got back from Germany we’d trained him to keep, you know, a stick going up and down 4 in the bar, he couldn’t do much else you know, and he looked nice and girls liked him so you know that was alright.”

Pete Best After The Beatles

Epstein later tried to make it up with Best offering his services and building up a group around him. But Best, feeling down, refused. However, behind the scenes, Epstein did arrange for best to join Lee Curtis and the All-Stars. Then, after they broke free from Curtis, the band became Pete Best & the All Stars.

Pete Best left the music industry in 1968 to become a civil servant and refused to talk about his experiences. However, some 20 years later, he formed The Pete Best Band and regularly performs around the world. While touring, he shares the drumming role with his brother, Roag.

Amongst their live act is a scattering of early Beatles’ music, of course. For example, they sing songs such as “Twist And Shout“, “My Bonnie” and “One After 909” etc.

Best also earned a little money from a Carlsberg Lager television advert in 1995. Shown during the Anthology TV series, the punchline for the commercial was “Probably the Pete Best lager in the world.” 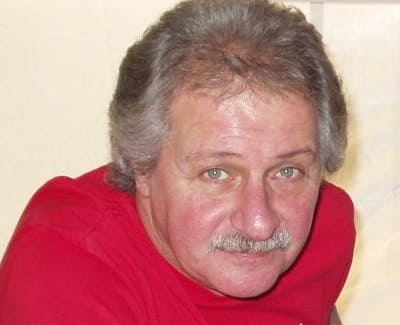 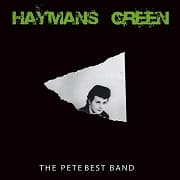 Because he plays drums on some material on The Beatles’ 1995 album, “Anthology 1“, he does receive some royalties. However, that album has an image of The Quarrymen, but where his head should be, is an image of Ringo Starr’s head. It’s a clever design if not a little disrespectful.

In 2008, Pete Best and his band released new material on the the album, “Haymans Green”. The image on the cover is that part of the image covered over by Ringo Starr. Indeed, some may say this is a much clever design.

Best named that album after Hayman’s Green, an area in Liverpool where his mother bought their large 15 bedroomed house. In fact, they recorded it in the Casbah Coffee Club Studios between 2006 and 2008.

Of course, Pete Best sometimes gets the name of the fifth Beatles because of his early involvement with the band.