Beatles For Sale
Live at the Hollywood Bowl 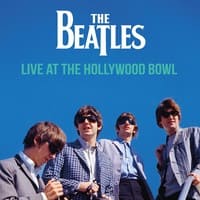 Co-written by John Lennon and Paul McCartney, “Baby’s In Black” is obviously a love lament for a grieving female. This rather gloomy track is in contrast to their previous songs which are much more upbeat. However, Beatlemania was in full swing and the band could afford to be a little more diverse with their creativity.

“It was very much co-written and we both sang it. Sometimes the harmony that I was writing in sympathy to John’s melody would take over and become a stronger melody. Suddenly a piebald rabbit came out of the hat! When people wrote out the music score they would ask, ‘Which one is the melody?’ because it was so co-written that you could actually take either. We rather liked this one. It was not so much a work job, there was a bit more cred about this one. It’s got a good middle.”

Despite the mournful picture it paints, the song became part of their live act right through until their last concert on the 29th of August 1966. McCartney once said that they would often introduce the song with “And now for something different”. He continued, “We used to put that in there, and think, ‘Well, they won’t know quite what to make of this, but it’s cool’.”

The Beatles began recording “Baby’s In Black” on the 11th of August, 1964, in Studio Two of the EMI Studios, London, during the 7.00pm-11.00pm session. Indeed, it was their first recording for the new album, “Beatles For Sale” and there were 14 takes that day. In order to have a more “closer” feel to the song, both McCartney and Lennon sang into the same microphone.

“Baby’s In Black we did because we like waltz time – we used to do If You Gotta Make A Fool Of Somebody, a cool 3/4 blues thing. And other bands would notice that and say, ‘Shit man, you’re doing something in 3/4.’ So we’d got known for that. And I think also John and I wanted to do something bluesy, a bit darker, more grown-up, rather than just straight pop. It was more ‘baby’s in black’ as in mourning. Our favourite colour was black, as well.”

On “Beatles For Sale” the song sits on side 1 after track 2, “I’m A Loser” and before “Rock And Roll Music“.

Meanwhile in 1996, a live version of the song became the B-side of their last single to have new Beatles’ material, “Real Love“. The CD version also has the songs, “Yellow Submarine” and “Here, There and Everywhere“.

Although the single never got to number one in the charts, it did reach the top ten in the UK, US, Australia and Sweden. 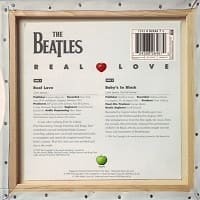 Tagged And now for something different, Baby’s In Black, If You Gotta Make A Fool Of Somebody, Love lament. Bookmark the permalink.