Come And Get It

“Come And Get It” is a Paul McCartney composition but is also on The Beatles’ 1996 album, “Anthology 3”. The song became a big hit for Badfinger when they released it in 1969, of course.

** Obviously this is a solo effort by McCartney so no other member of The Beatles took part. Also, there was no need to credit the song to the Lennon-McCartney partnership.

Come And Get It 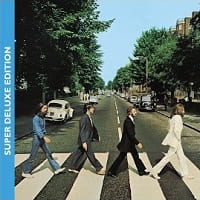 This single became a worldwide success for the British band, “Badfinger” (previously “The Iveys”), in 1970. Written and produced by Paul McCartney, it was specifically for the 1969 film, “The Magic Christian”. Starring in that film was Peter Sellers as well as Ringo Starr.

“I’d written the song Come And Get It and I’d made a fairly decent demo. Because I lived locally, I could get in half an hour before a Beatles session at Abbey Road knowing it would be empty and all the stuff would be set up and I’d use Ringo’s equipment to put a drum track down, put some piano down, quickly put some bass down, do the vocal, and double-track it.

I said to Badfinger, ‘OK, it’s got to be exactly like this demo,’ because it had a great feeling on it. They actually wanted to put their own variations on, but I said, ‘No, this really is the right way.’ They listened to me, I was producing, after all, and they were good.”

After carrying out McCartney’s instructions, the song sounded exactly the way he wanted it to because of the demo offering to “Badfinger”.

Paul McCartney began recording the “Come And Get It” demo on the 24th July, 1969, in Studio Two of the EMI Studios, London. Indeed, this was a solo effort at the beginning of the 2.30pm-10.30pm session and there was only one take necessary. This version is now commercially available on the 1996 album, “Anthology 3” as well as the “Abbey Road 50th Anniversary Super Deluxe Edition”.

On the “Anthology 3” double album it sits on side 2 after track 17, “Come Together” and before “Ain’t She Sweet“.

Tagged Badfinger song, Come And Get It, The Magic Christian. Bookmark the permalink.