“Long Tall Sally” is indeed one of those early 1960’s Beatles’ cover songs. Moreover, it was one of the most durable song in their live repertoire. With this in mind, many versions of the song are available on the various Beatles’ albums.

This was originally a single release by Little Richard in March 1956 with “Slippin’ and Slidin'” on the B-side. In America, the single got to the top spot in the R&B charts and that’s where it stayed for six weeks. However, it only peaked at number six in the pop charts.

Covered by many artists, this rock and roll standard epitomises the late 1950’s very well indeed. Since The Beatles would cover famous songs too, they did this one as well. Sung by Paul McCartney, the whole band loved playing on it.

“Little Richard was one of the all-time greats. The first time I heard him a friend of mine had been to Holland and brought back a 78 with Long Tall Sally on one side, and Slippin’ And Slidin’ on the other. It blew our heads – we’d never heard anybody sing like that in our lives and all those saxes playing like crazy”.

The Beatles would sing “Long Tall Sally” as part of their live repertoire from 1957 right through until they became a studio band rather than a touring band in August, 1966.

In short, the only Beatle which could possibly emulate the voice of Little Richard was Paul McCartney. He did so with ease complete with the screaming making it stand on an equal footing with the original.

“One of the things I didn’t like about the film Backbeat is that they gave Long Tall Sally to the John character. I was not amused, I always sang that: me and Little Richard.” 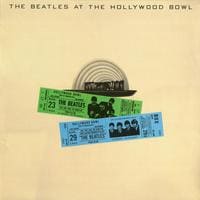 The Beatles At The Hollywood Bowl Album (1977)

The Beatles began recording “Long Tall Sally” on the 1st March, 1964, in Studio Two at the EMI Studios, London during the 10.00am-1.30pm session. With The Beatles playing this song so regularly onstage, they only needed to record one take.

There are two guitar solos within the song and both have different guitar players. The first guitar solo on the record comes from John Lennon while the second guitar solo features the work from George Harrison. Then there is Ringo Starr who ripped the drum kit to shreds. With George Martin playing the piano throughout, it’s difficult to believe that one take was all that was necessary because this was an all round astonishing performance.

Of course this was the first song on the “Long Tall Sally” EP from 1964. The other tracks being, “I Call Your Name“, “Slow Down” and “Matchbox“. However, there are other versions of “Long Tall Sally” as well. For example, on their 1995 album, “Anthology 1”, is a version from the 19th April, 1964, recorded at the IBC Studios. That version was for the ITV show, “Around The Beatles”.

In the early sixties, The Beatles also appeared on many BBC Radio programmes too. In fact, they recorded the song seven times for the BBC shows between the 1st April, 1963, and 17th July, 1964.

Not only did The Beatles sing “Long Tall Sally” in their early days, but they continued to do so until the end of their gigging days. It’s fitting then that the band would release a live version. So, the version we hear on “The Beatles At The Hollywood Bowl” album from 1977 comes from a recording there on the 23rd August, 1964.

The Beatles certainly made “Long Tall Sally” their own as it’s so clear to see.