“Sour Milk Sea” is a George Harrison song which The Beatles never released until 2018. Indeed, we now find this demo song on the “White Album 50th Anniversary Box Set”. In fact, this release has all the Esher demos. However, the band never got around to recording the song professionally in the studio. But, at least we do get the pleasure of hearing it officially now.

To clarify, George Harrison gave this song to Jackie Lomax who released it as a single. See below for further details of that release. But, here we start with The Beatles’ version. 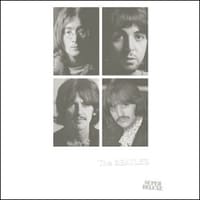 The Beatles recorded “Sour Milk Sea” while preparing material for their self-titled double album, aka the “White Album“. This was at George Harrison’s home, “Kinfauns” at Esher in Surrey, England. Obviously the intention was to add this song to the Beatles’ “White Album”. However, we never got to hear it officially until 50 years later!

All in all, The Beatles recorded 27 demo songs at George Harrison’s home, including “Sour Milk Sea”. Those demo songs, mainly destined for The White Album, are now available on their 2018 “White Album 50th Anniversary Box Set”.

By now, The Beatles were no longer following the Maharishi and even made a public announcement on the subject with George Harrison saying it all was a “mistake”. However, the band continued with their Transcendental Meditation for a while afterwards. Indeed, on their return to the UK, they would record many of the songs that they wrote in India, including Sour Milk Sea.

“I wrote Sour Milk Sea in Rishikesh, India. I never actually recorded the song – it was done by Jackie Lomax on his album I’s This What You Want?’ Anyway, it’s based on Vishvasara Tantra, from Tantric art. ‘What is here is elsewhere, what is not here is nowhere’. It’s a picture, and the picture is called Sour Milk Sea – Kalladadi Samudra in Sanskrit. I used Sour Milk Sea as the idea of – if you’re in the shit, don’t go around moaning about it: do something about it.”

This demo song features guitars and percussion together with Harrison singing falsetto. Despite the band showing signs of stress, they did manage to work in harmony for the sake of their music. 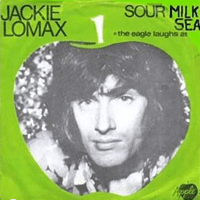 The Beatles’ had not long created the record label, Apple, which was mainly to become a creative outlet for their own work. However, Jackie Lomax who was also from The Beatles’ home town of Liverpool, was the first artist to sign up to Apple Records in a recording deal. When Harrison gave Lomax “Sour Milk Sea”, he jumped at the chance of recording a George Harrison song.

Lomax once said he he was fortunate to have Harrison’s help and from a 2004 interview continued:

“Even on a big project like The White Album he only had four songs. I think he was feeling held back [in the Beatles].”

Unlike the demo version from The Beatles, Jackie Lomax’ single release was in the style of hard rock, rhythm and blues and psychedelic rock. But, the record was a failure after it never managed to reach the UK charts or America’s Billboard Hot 100 chart. Be that as it may, it did manage to reach number 29 in Canada.

Just to point out that Lomax features on The Beatles’ “Dear Prudence” song by singing backing vocals.