“Ticket To Ride” is the A-side of a Beatles’ single from 1965. The B-side being “Yes It Is” which is another classic song from the Fab Four, of course.

This song comes from the hugely successful album Help! It was one of the highlights from the film too, also called Help!

In the memorable film scenes, the Fab Four are having fun on the ski slopes of the Austrian Alps. Who could ever forget them on their ski bikes and skis falling all over the place.

“Ticket To Ride” was also the first Beatles’ single to go over three minutes. Indeed, this was another landmark in their history.

Although most Beatles songs have Lennon-McCartney as the songwriters by default, some, like this one, are open to dispute.

After the band broke up, some bickering continued with John Lennon claiming in 1980 that “Paul’s contribution was the way Ringo played the drums.”

“We wrote the melody together; you can hear on the record, John’s taking the melody and I’m singing harmony with it. We’d often work those out as we wrote them. Because John sang it, you might have to give him 60 per cent of it. It was pretty much a work job that turned out quite well.” 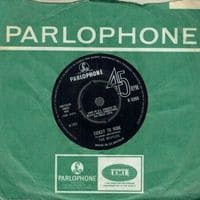 “John just didn’t take the time to explain that we sat down together and worked on that song for a full three-hour songwriting session, and at the end of it all we had all the words, we had the harmonies, and we had all the little bits.”

The meaning of the song title still remains unclear but there are a few interpretations, especially surrounding sex. One being that it could simply refer to a prescription for the contraceptive pill which gave women more sexual freedom. After all, in the UK, the word “ride” was slang for having sexual intercourse.

Some think it is about a girl who leaves her partner to become a prostitute.

A third meaning with a sexual interpretation, could come from their days in Hamburg, Germany. Also referring to prostitutes, in particular, STD’s, the story goes:

“The girls who worked the streets in Hamburg had to have a clean bill of health and so the medical authorities would give them a card saying that they didn’t have a dose of anything.

I was with The Beatles when they went back to Hamburg in June, 1966 and it was then that John told me that he had coined the phrase “a ticket to ride” to describe these cards. He could have been joking – you always had to be careful with John like that – but I certainly remember him telling me that.”

While the connection to sex is undeniably strong with the lyrics, “She’s Got A Ticket To Ride”, there is another innocent path which may give inspiration to the song title. Paul McCartney’s cousin, Bett Robbins and her husband Mike, owned a pub in Ryde on the Isle of Wight. McCartney says it refers to a “British Railways ticket to the town”.

Of course, we may never get to the bottom of the song meaning and perhaps it’s better this way!

On the 15th February, 1965, at the EMI Studios in London, The Beatles began work on their new album Help! During this session, the band recorded “Ticket To Ride” in only two takes.

These sessions also saw The Beatles beginning to transform from a touring band to a recording studio band. Their new methods of recording songs saw them record the basic rhythm tracks first. Then, they could add or overdub other instrumentation and vocals at a later date. Indeed, they made good use of Abbey Road’s four track machines.

While John Lennon is the lead vocalist, we see Paul McCartney play lead guitar for the first time. With Ringo Starr doing the percussion, George Harrison plays the main guitar riff on his Rickenbacker 12-string guitar. But, now the band could easily add little bits here and there where they deem necessary.

Their new recording techniques allowed The Beatles to explore new sounds and evolve further. While some groups would peak and disappear after a couple of years, the creativity of The Beatles in the recording studio ensured their longevity.

Although the single only stayed top of the UK and US charts for three weeks and one week respectively, the song was on the album Help! In the UK, that album topped the charts for nine weeks and was in the top 20 for 37 weeks!

One Response to Ticket To Ride